Yeast, and why it's important in making home brew beer

Yeast are important little beasties in home brew, yet too often are forgotten about, like the leftovers at the back of the fridge. But improving the yeast process is an easy and cheap way of brewing better beer.

Yeast feed on sugar as the beer ferments. As they feed, they turn the sugary substance into an alcoholic one. They also lower the pH to decrease the levels of bacteria, and release carbon dioxide and flavour compounds to make your home brew beer fizzy and tasty.

You need it, your dog needs it, even your car needs it. So does the yeast for your home brew. When you boil your wort, it loses oxygen, so before you pitch your yeast you need to put it back in. You’re aiming for 8-10ppm (parts per million) of oxygen.

There are a few ways you can add oxygen at this point in the beer-brewing process:

If you want yeast to do its job to the best of its ability, you’ll need to feed it. The easiest way to do this is to add some yeast nutrient to your home brew. This is like Sunday morning bacon and eggs for yeast, giving you a better fermentation and much better home brew beer. It also reduces the diacetyl content in your beer, which is good because too much of that makes the beer taste rancid. 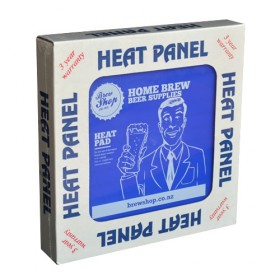 Keeping your home brew beer at a good consistent temperature is essential for good fermentation. In fact, if you run into problems, the temperature should be the first thing you look at if it turns out it’s not caused by contamination.

If you need to keep your home brew yeast warm and toasty, invest in a heat pad, or a heating belt that fits around your fermenter. A temperature controller is also handy to regulate your heating or cooling device to maintain a constant temperature.

Other home brew tips and tricks for yeast