Despite the perception, us beer brewers are an evolving lot. We often get asked how you can brew better beers, clone commercial beers, or simply have more control of the taste of your brews. This is often the trigger that starts the evolution of the beer brewer.

The following summarises (very briefly) three main methods of home brewing. While brewing can be complex if you want it to be, the following simplifies the brewing methods so that it's achievable and a good base to start from. 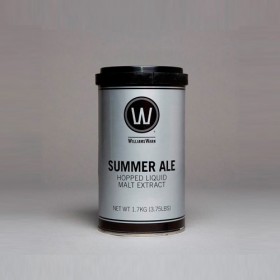 If you're new to brewing, this is where you'd usually start. Pre-hopped kits, like those from WilliamsWarn and Black Rock, have most of the hard work done and are ready to put into your fermenter. Instructions are on the pack, which is usually to mix everything together and then pitch the yeast in at the right temperature. If you're new to home brewing, read more about getting started.

To further improve the result of pre-hopped kit beers, there are a number of things that can be done. One is to add additional hops to the process. Most kit beers are very light on hops, and adding additional hops can make a world of improvement to the final taste of your beer. Another common improvement is to use a better yeast than what is provided with the kits. Yeast is so important to the success of your brew, and often not given the importance it should have. But nearly always, if you're brewing standard 23 litre brews, one kit is not enough - you need more malt in some form to achieve a decent brew. This could be in the form of malt extract (liquid or dry), or an enhancer pack which could include a combination of dry malt extract, dextrose, hops and maltodextrin. Still not satisfied with your brews? You may then evolve into an extract brewer...

Extract brewing adds another step in the process, which is to make the wort. Water, malt extract and hops are boiled for at least one hour before cooling, adding to your fermenter and pitching the yeast as you do with kit brewing. This method requires a large pot in addition to the basic equipment required for kits. Instead of buying concentrate kits, you need unhopped malt extract in liquid or dry form, hops and yeast. Extract brewing opens up a lot more variations in the types of beer you can brew, and there are plenty of recipes to choose from.

With a little effort with this extra step, you can achieve some great tasting beers, which can be further enhanced by steeping crushed grain and adding to the process of creating your wort. Adding grain to the process often leads on to all-grain brewing... 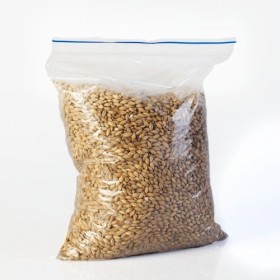 All-grain brewing requires more time and equipment but generally results in brews far superior to any other method and the closest a home brewer can get to commercial beer quality. As a percentage, very few home brewers venture into all-grain brewing, partly because of the committment involved in terms of time and equipment, but more often than not it's considered too complex to contemplate. All-grain brewing, however, can be very simple and requires very little extra equipment, but you will need more time to brew, and you should have some home brewing experience under your belt before trying it so that you understand the fundamentals of the brewing process. Once you've ventured into all-grain brewing and sampled the results, you'll never look back!

For starters, there is some equipment that you'll need in addition to other brewing methods:

A mash tun is basically an insulated vessel to hold hot water and malts for a period of time, and have a way of draining off the liquid and leaving behind the grain solids. A chilly bin or insulated bucket or pot can easily be turned into a mash tun. Search Youtube or Google for ways to make one of these yourself.

Start with a basic recipe - you'll find darker ales and stouts are less finicky to brew than lagers and pilsners so it is often recommended to start with a darker beer as your first all-grain brew.