We often get requests for assistance in building keezers, so I thought I'd put together a basic overview to give everyone a better understanding of how they're put together.

Essentially, the build is to firstly find an appropriately sized refrigerator, or freezer in this case, and to build a 'collar' (I used 2"x4") so you can drill holes for shanks without damaging your freezer. Taps then fit to the shanks. In this case, I used barbed shanks so had to downsize the line using a hose splicer as I wanted to have a small internal diameter (ID) for the beer line. Another way to have done this would have been to use shanks which don't have barbs and then use duotight 5/8 to 8mm fittings to allow me to run even smaller line if I wished, but also to allow the whole set up to be push fit compatible. The splicer then joins to the beer connector.

I used ball lock connectors (gas) to allow an enclosed gas line. This hooks into the distributors and, in turn, into the kegs.

I've used a minimal amount of line (approximately 2m per keg) on the beer side because I didn't want giant loops of line with wasted beer sitting in them at the end of the keg, and also by running my kegs on a lower PSI (5ish), I find I get a good pour without beer gushing out.

All in all, a really fun project and I hope this can assist people who are interested in building their own. 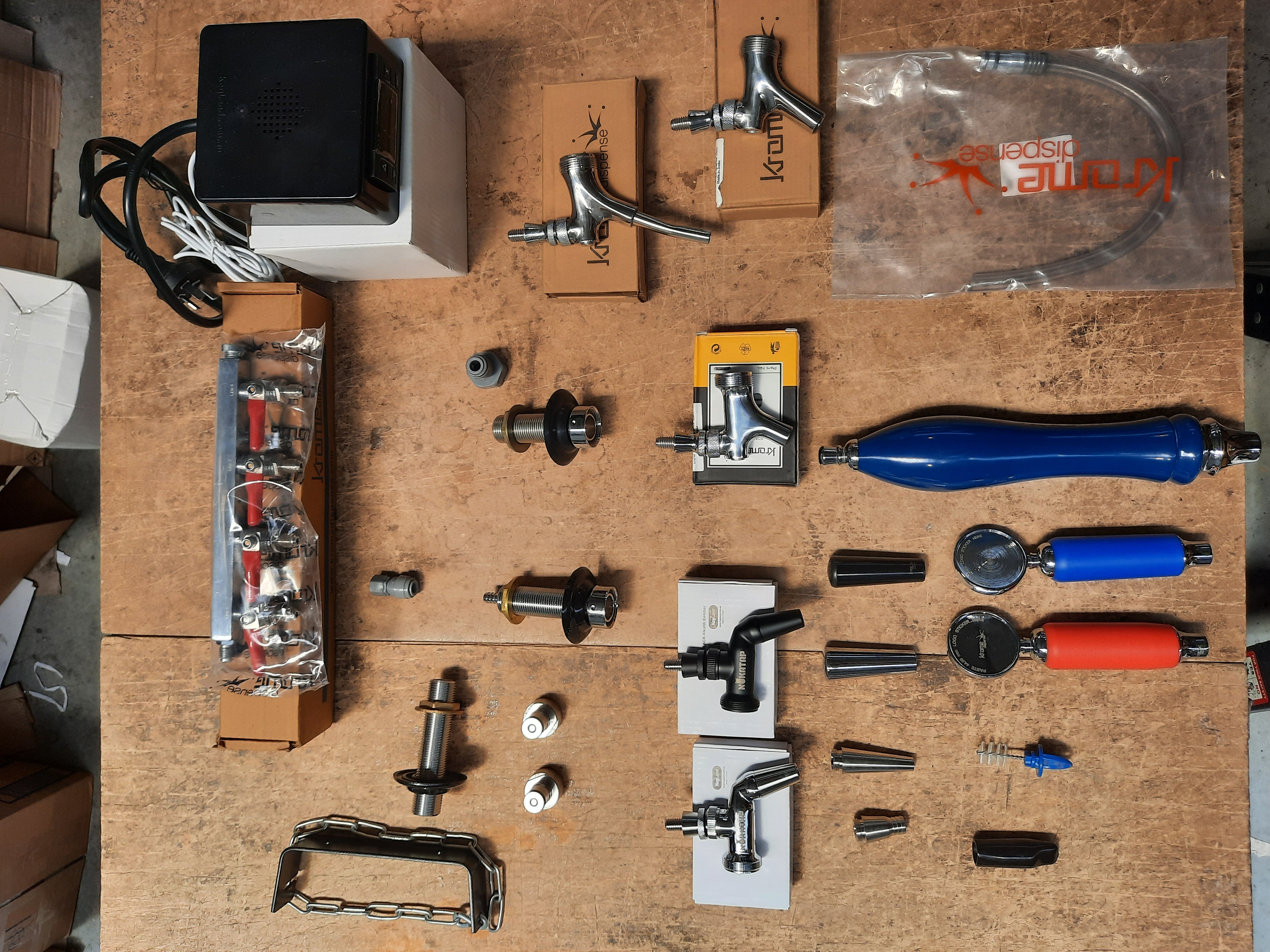 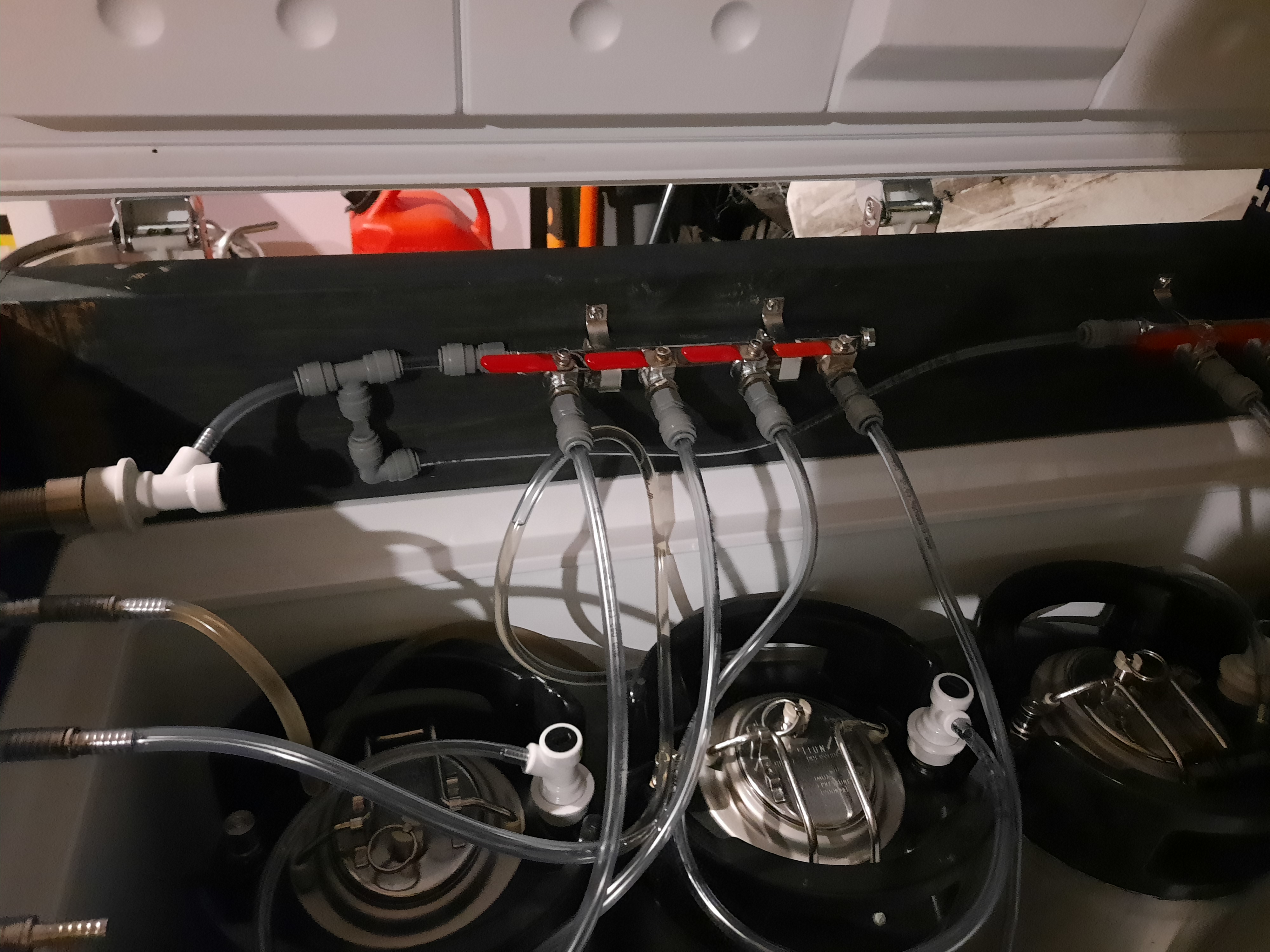 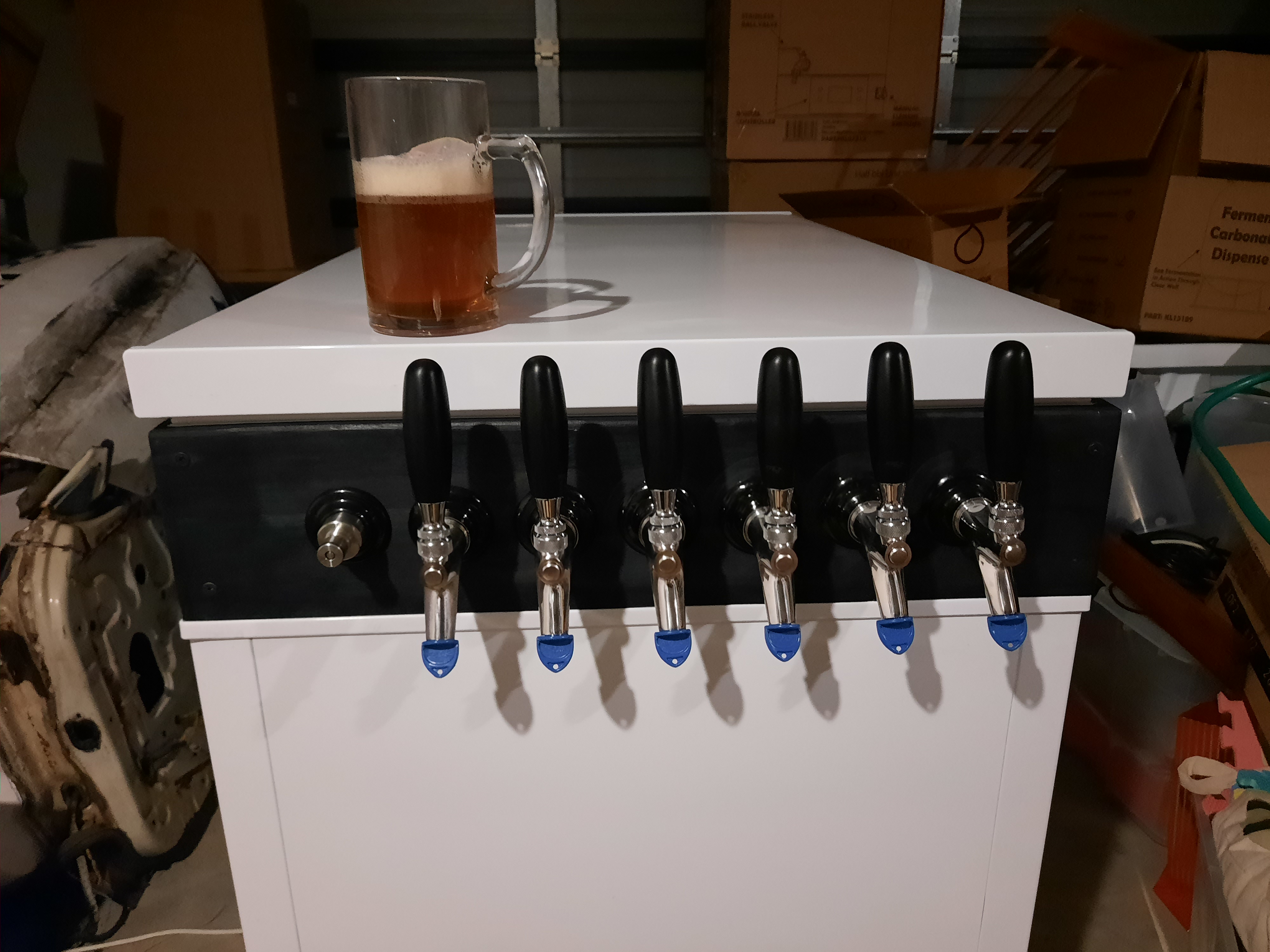